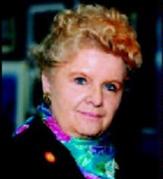 Bette has been a valued member of the leadership and negotiating team of District Council 33 since assuming her post as Vice President in 1996, and then becoming Secretary-Treasurer in 2007.

Based on his confidence in her experience, skills and abilities, President Pete Matthews has given Bette MacDonald the option to expand her representation of the membership of District Council 33 into many new and productive areas of community involvement.

Bette's hard work and advocacy for the membership has brought our District Council 33 much well deserved praise and recognition throughout the City of Philadelphia and the State of Pennsylvania.

Sign up for email
newsletters & updates!
View on Mobile