​The letter shown below will be mailed out in a couple of days, along with your ratification ballot.

Please read it carefully before you vote and Vote YES! 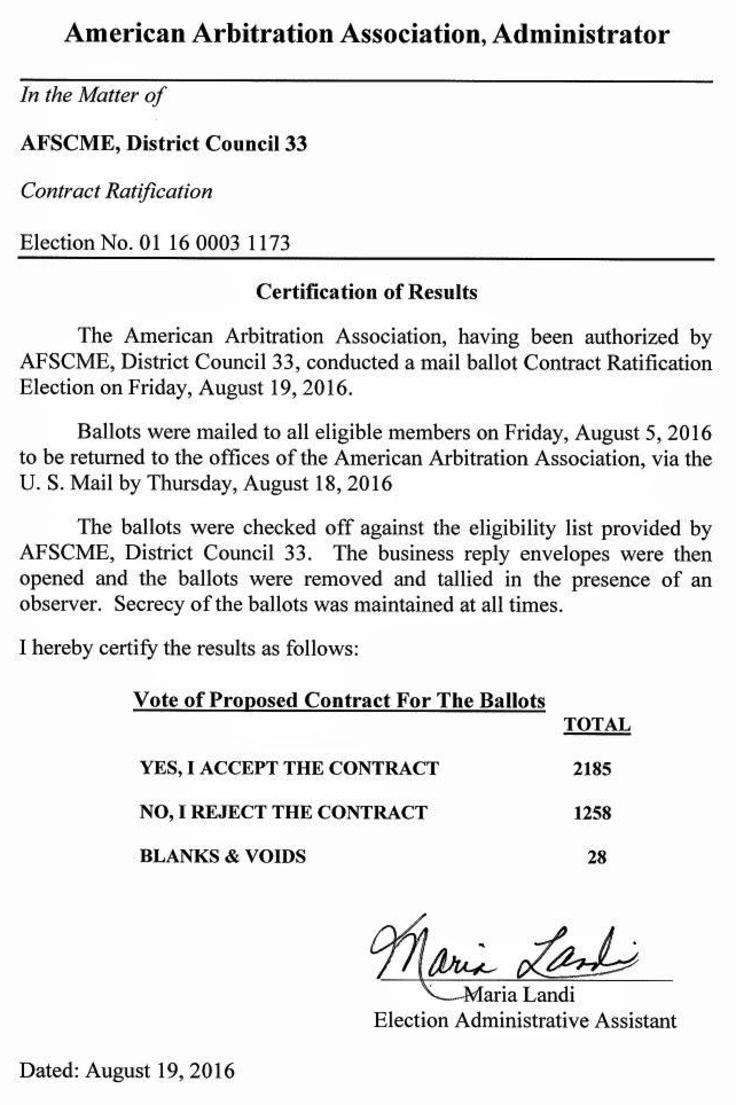 District Council 33 has reached a tentative contract agreement with the City of Philadelphia today. The Memorandum of Agreement can be found here.

The agreement and a contract ratification ballot will be mailed to every eligible District Council 33 member as soon as possible by the American Arbitration Association.

The Executive Board of District Council 33 voted to recommend a vote of YES for ratification. 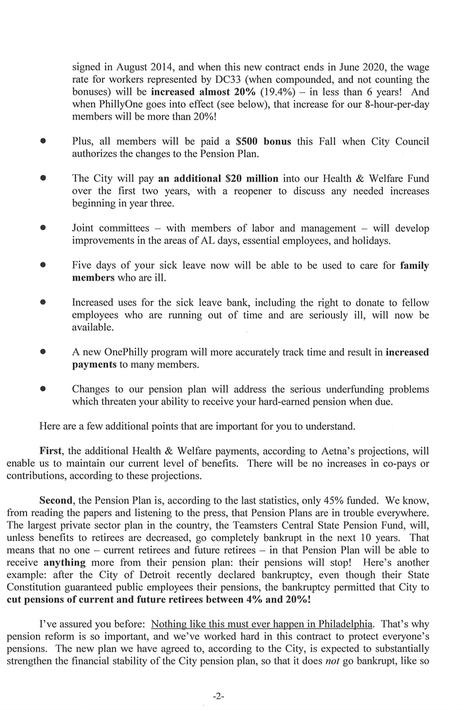 "I am happy to recommend this contract to our membership because it is a fair contract reached through an open and honest set of negotiations.

With the average wage increases for state and local workers around the country averaging less than 1%, we were able to secure a wage package compounded at 12% over four years.

Knowing the problems facing public employee pensions all over the country, we worked with the City to address the funding levels with a fair agreement which will secure all of our current and future pensions." 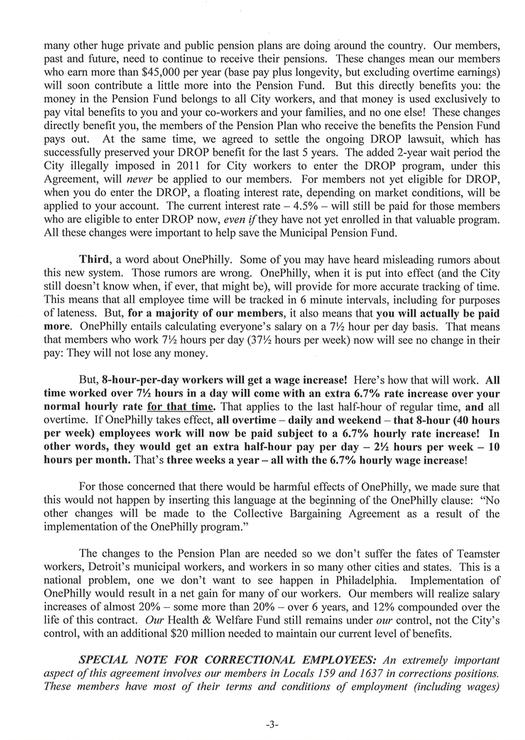 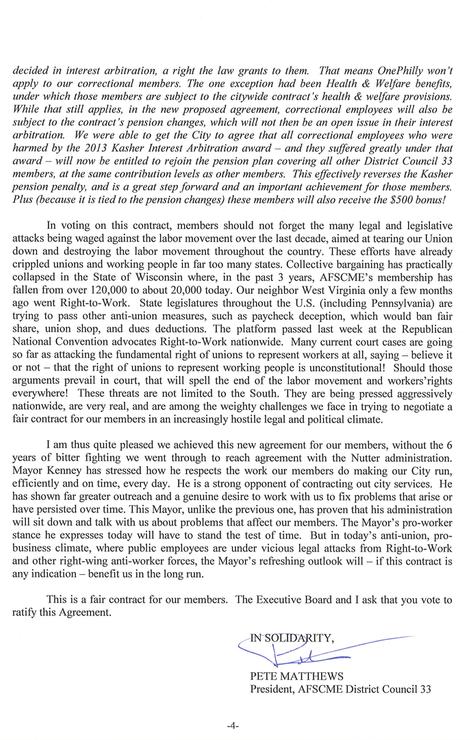 2016 Contract Has Been Ratified! 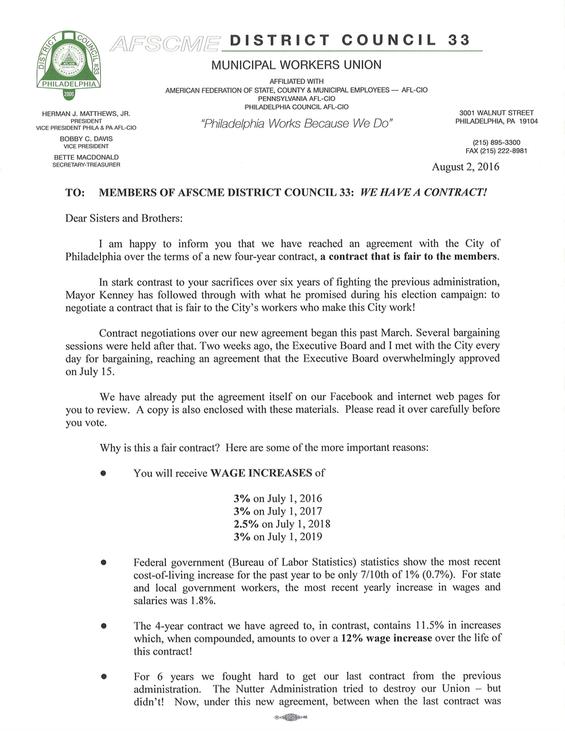